More than just a film.

Every Purple Field Productions film seeks to bring about positive change by engaging audiences with themes, characters and subjects that address important challenges facing themselves and their communities.

We produce everything from short documentaries and music videos to full-length feature dramas. Our work covers a wide range of subjects, including: health, disability and rights; social prejudice and stigma; agriculture; and environment and conservation.

"“This is an extraordinary venture. I’m sure it is valued greatly by those with whom you make the films. Good luck with your continuing work” " 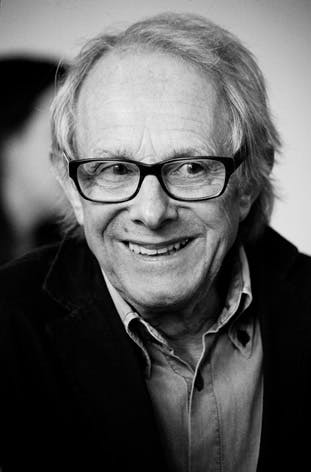 How We Do It

Ideas for films emerge from the interaction with our wide network of contacts in the countries in which we operate. Before deciding to proceed on any project, proposals are thoroughly researched with and through local partners to ensure the film will address priority issues. PFP is committed to the principle of co-production and project development is a shared experience. Scripts and storylines are created with local researchers and writers and informed by advice from local service providers, the government and NGO sectors. This participatory approach can be a lengthy process, but the additional work is always worthwhile to ensure we end up with a film that will make a difference.

Prior to starting any production we like to assess the local abilities both technically and creatively, this is done by researching any work the local film community may have done and addressing any shortfall through an online training program. We encourage the local groups to come up with ideas for films or short clips that deal specifically with their own issues. Once an idea has been decided upon, we work alongside the group in writing a script or concept for the piece. We then work on a budget and schedule. All scripts are vetted for by local experts for technical accuracy and to ensure they are in line with national government policy.

Production (shooting days) is based on the individual complexity of each film in terms of length, availability of local cast and crew, and budget. While we co-produce some short films by remote (on-line and through WhatsApp communications) on larger productions we often send either an experienced filmmaker from PFP or a voluntary free-lancer out to help, advise and mentor during the critical filming process.

Where possible, editing is done by the local team who will have a clearer understanding of local culture, context and communication styles. However, the process is closely monitored by PFP directors and advice given on edits of the film sent to the UK through file transfers. Once a film is near completion, we have it viewed by international and local advisors to ensure that the ‘messages’ are correct and in line with policy. Finally, the soundtrack is mixed often with the addition of a musical track and the production credits approved. The film is then ready to move on to distribution.

Producing films is one thing but making sure they are seen is just as important. To optimise impact, each Purple Field Production film has its own distribution plan devised with a local partner. The strategy adopted varies according to each project and is informed by factors such as target audience and film genre. Our distribution plans can include schools and other community centres, as well as sharing with key service providers, including government ministries. Given PFP’s high production values, we are often able to share our films with the wider public through television broadcast.

A common and crucial element of each distribution plan is to ensure we reach marginalised and disadvantaged communities who struggle to access needed information and advice. Over many years, by using mobile cinema kits, we have been able to screen our films in rural communities situated far off the beaten track. Each screening is accompanied by an audience discussion facilitated by local experts and where possible, with community-based service providers present who can offer practical help. In our experience, post-screening discussions are where the real learning takes place and life-changing choices are made. We monitor and evaluate audience engagement to make sure our films are delivering appropriate, informed, and valuable information. We also record any decisions that community members take based on what they have learned from our films.

Where possible, PFP relies on local film makers to direct the films and local assistants to support the production. Sometimes this is not possible and a PFP director will work alongside the local production team. We are fully committed to enhancing the film skills of local filmmakers so that they can produce their own educational films for their communities. Drawing upon the expertise of our network of UK supporters we are able, when required, to deliver bespoke training during all stages of the production process, whether this is in camera operation, editing, scriptwriting, interview techniques or drama production.
We have many success stories of those who have benefitted from our training, such as Future View Media Centre (FVMC) who have recently been working on a series for BBC Africa Eye called ‘Wahala – Coronavirus in Sierra Leone’ which offers a unique insight into the local situation. We are also currently building the capacity of a new filmmaking group in Malawi called The Kasungu Film Collective.

Our latest project updates and news including:

Any cookies that may not be particularly necessary for the website to function and is used specifically to collect user personal data via analytics, ads, other embedded contents are termed as non-necessary cookies. It is mandatory to procure user consent prior to running these cookies on your website.